I don't know if anyone really follows this blog anymore, and that's okay as it never was intended to be for a "following" in the first place - all it really is, is for me to have my own sounding board to discuss with myself issues that I cannot discuss anywhere else...

but I really need some outside counsel.

It has been 76 days now (yes, I'm actually counting - does that mean something?) since I have looked at any website of any kind (G, PG, R, etc.), not even swimming suit ads, nor artistic photo sites, and no YouTube (which started the whole thing in the first place with my son finding me watching PG scenes of guys kissing), and at least that long since having downloaded anything of any kind, and that long since deleting past downloads (of pretty tame stuff I must point out). I thought after I had passed the 2 month barrier I was home free and beyond this. I was okay... (not that I really wasn't okay before - but I didn't want to confuse my family and add difficulty to an already difficult family situation - particularly with regards to my son - who by the way is fine and hasn't made any reference to that situation since then).

But I'm not okay.

I saw that Abelard posted today... and I love Abelard and all that he offers to this community. He is kind and sensitive and caring to everyone. He has become a dear and special friend. He innocently has posted a humorous ad from YouTube that I found quite amusing. It wasn't the ad... it was the YouTube links that are given at the end at the bottom as the mouse is allowed to scroll on by... I saw the one of "gay couple hottest kiss"... and just froze. I wanted to click on it and see what it was.

It's that proverbial hook.

Again, nothing happened... but I feel so conflicted inside. Even after all this time and fooling myself into thinking that all is well and I'm in control and things are cool.

So, with such resolve and commitment to the promises I've made, why do I remain here feeling so conflicted? so confused? so self-loathing? 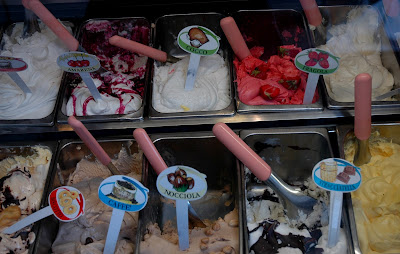 I know these are generalizations and are not meant as anything but innocent notes... nothing more - nothing less... but, here are a few observations noted from the recent trip to Southern Europe since the last trip a few years ago:

1. Freeways and drivers aren't as aggressive as before. And average speeds have drastically reduced from 140 -150 k/h to 120 -130 k/h. Is this due to the high cost of fuel? Or is the populous slowing down a bit?

2. Drivers, particularly Italians no longer use their horn when driving. Before, they used it to yell at you to get out of the way, blasting away at their horn, or to just warn you that they were in the vicinity.

3. Toilets in bars and restaurants, for the most part, have drastically been updated and modernized. Sanitation has taken a giant step forward.

4. Graffiti and litter are drastically reduced (except in Lyon, France), including along train tracks, stations, freeways, and industrial areas.

6. Beaches are much more conservative. Maybe it's the beaches we happened to go to on the Mediterranean, (we were on the Riviera), but it was clearly noted that there were NO topless beaches! Before, almost all beaches were topless across the board. Also, the 20-somethings and younger guys are all wearing board shorts to the knee, and speedos are left to the older generations - including the ancient guys... not a pretty sight. A few years back you would never see board shorts at all with every guy in a skimpy speedo. NOTE: I can't say that I noticed the women beach attire, but my wife informed me that she saw a couple of 1-piece swimming suits and noticed they were being featured in a new fashion magazine.

7. Guy hairstyles are across the board. I saw a lot of shaved or very short hairstyles as well as lots of ponytails and long hair. Seldom did I see beards or mustaches or goatees of any kind, but lots of sideburns of various lengths and 3 to 4-day growths. NOTE: I can't say that I noticed the women and their hairstyles (I think they still had hair) - sorry...

8. Earrings on guys is a very regional thing. Some towns and cities you'd see none sporting earrings while other towns, particularly along the coast, you'd see more with single and double earrings than not.

9. Everything, I mean everything is more expensive... Of course, the dollar's value has been deflated, but it's amazing how average Gino can afford to live! We'd look at real estate in the storefront windows and note how expensive it is to buy new property or remodeled villas or apartments. So much for the dream of living over there... at least for now... I can still dream, but it ain't going to be a reality anytime soon.

10. The food can never be better! They really know how to eat! They say that Italians "live to eat, while Americans eat to live". That has never been more true. And let's don't even talk about the gelato! It makes me never want to eat American ice cream again.

11. Smoking was banned to the exterior of all public spaces, including bars and restaurants in Italy, but not in France the last time. Now, smoking is banned in both countries across the board! What a breath of fresh air - except now, everyone smokes on the sidewalk...

I love to plan trips. I can study and research maps and places for hours and days and months. There is a lot of fun in the anticipation factor - just imagining how wonderful the adventure and experience will be and how exciting it will be to personally experience beautiful places, cultures and meeting and mingling with new people.

The actual trip often lives up to those expectations and is everything you imagined it to be - perfect weather, wonderful vistas, passionate people, delicious food, amazing architecture - and even more: a connection to your very soul. But, sometimes there can be bad weather, horrendous traffic, flat tires, jet lag, and a myriad of other things that dampen the magic of the experience. Yet, despite the realities, it is still can be a life-altering experience.

Coming home after the trip, you find life has gone on without you and now you've got to catch up. Your body doesn't know what time it is and you've got 300 business emails all demanding a piece of you as soon as you get home... and your wonderful experience begins to fade as real life takes over. And soon a day or two later, you wonder - "Did I really go on that trip?"

I love to travel!

I've had an incredible experience. I love the thrill of "what's around the bend". I love to master the back roads of a foreign country. I love to speed on European freeways. I love to speak with people in different languages. I love to rekindle friendships with precious folks that I've know for three decades and seen only once or twice in those three decades and yet find an incredible connection and sense of love still there. I love to eat the most fantastic food every night. I love to capture it all in photos (I took over 2,800 photos - it filled up my 6 gig card... had I had two I would have been able to take twice as many)... I marvel at architectural wonders - castles, villages, hill towns, cathedrals... and I love dangling my feet in the sea at sunset, sitting on a mountaintop alone, or wandering through a vineyard in early morning before sunrise.

And I love sharing all of this with my family, as we bond together!

The reality is - if I really lived a vacationer's life all the time - would I get tired of it? Would it become boring and mundane? Would I hate it? I guess the real day-to-day life and the anticipation of the next adventure or bonding experience, make those adventures worth it just because they're not the real day-to-day experiences. They make us anticipate...

But, wouldn't it be fun to try it? 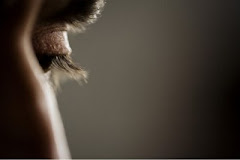